Rambling Blues the new CD is now available for purchase or download!
If Marty Christian’s music sounds like it comes from the back of a 1950’s Soul and Blues chitlin’ circuit juke joint, it’s probably because he spent his life traveling to hear and perform with some of the original musicians that made that music happen. The influence of Marty’s Blues is served up heavily flavored from performing and recording with musicians like Henry Gray – pianist from Howlin’ Wolf of Chess Records fame and Carol Fran the Gulf Coast Soul diva singer and pianist. Marty also has fronted his own bands - the Marty Christian Trio (Austin, TX) and Rue Boogaloo (Lafayette, LA) as well as performing extensively throughout the South and beyond.

His latest project, starting with the release of Rambling Blues (2018), puts him on his own to travel mostly as a solo artist to perform the songs of the early Blues masters like Robert Johnson and Charlie Patton while crossing paths with the early Electric Blues of Muddy Waters, Elmore James and Howlin' Wolf. 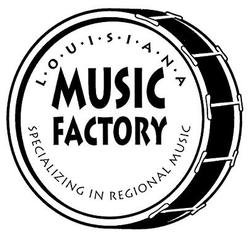 "Underground Blues is everything that the blues should be" - Victory Review, April 2009


Rue Boogaloo Press:
"Smack dab in the middle of where Jimmy Reed, R.L. Burnside and the Meters would all crash and smash." - Dan Wilging, Offbeat Magazine Feb 2013

"Together they serve up a delicious stew of blues, funk, and zydeco that, at album's end, leaves this listener hungry for more. " - Living Blues, Melanie Young, August, 2012